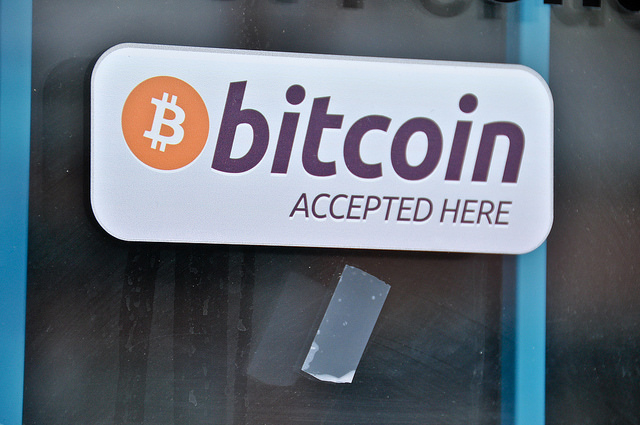 The greatest risks associated with bitcoin are the dramatic fluctuations in its price. BitThe price of a bitcoin rose by £163 ($220 USD) between 30 March and 29 June, 2016. Bitcoins were trading at £305 apiece on 30 March, 2016 and £468 on the morning of June 29. Coinbase reported that Bitcoin values reached a high of £566 on 19 June, 2016 – the day before the Brexit vote.coins trade on a market that can be dramatically disrupted by current events.

What is a Bitcoin anyway

A bitcoin is an asset consisting of a chain of digital signatures; or addresses, stored in an open-sourced ledger called the blockchain. A high level of encryption and the use of unique characters theoretically make the bitcoin tamperproof.

Theoretically a bitcoin is supposed to contain a permanent record of value; so anybody can verify ownership, and the amount of assets stored. The purpose of the bitcoin is to transmit value through digital means. Other benefits; include anonymity, and secrecy from regulators, tax collectors and law enforcement.

Legal status of Bitcoin is uncertain

The currency’s legal status in the English-speaking world might be determined by a court case in the American state of Florida. A judge in the case is being asked to rule whether Bitcoin is a currency or personal property, American Banker reported.

The case involves a man named Michel Espinoza, who attempted to use bitcoin for money laundering. Espinoza’s attorneys are arguing that bitcoin is not currency, so their client is innocent.

The Espinoza case might be appealed to higher courts, which could lead to a binding legal precedent on the status of bitcoin in the United States. That precedent might influence rulings in other countries such as the United Kingdom.

China’s parliament; the National People’s Congress, might set another important precedent for bitcoin with a law creating a legal definition for virtual property. The law would determine what rights Chinese have to use Bitcoin and how it is valued in the People’s Republic.

The Espinoza case and the Chinese law might resolve the biggest quandary bitcoin poses for insurers: how to classify the asset. The lack of a legal definition is probably the major reason why insurers; and underwriters, have steered clear of the product. A legal definition would enable the creation of binding policies.

There have been a number of attempts to analyse Bitcoin for insurance purposes. The UK-based company Elliptic provides risk analysis and intelligence, about illicit activities and other threats to blockchain based products.

Some security companies including BitGo specialise in bitcoin and blockchain. Security firm BitGo offers a secure digital wallet for bitcoin similar to PayPal and a number of other solutions.

At least one US company; Great American Insurance Group has written policies that cover bitcoin assets. Great American is a regional insurer based outside Kansas City, in the Midwest.

Other major insurers have researched bitcoin but not acted upon it. Lloyds issued an Emerging Risk Report on bitcoin in June 2015.

The major risks associated with bitcoin assets are market losses and theft via hacking.

The danger of theft via hacking was demonstrated in 2013, when 850,000 bitcoins worth an estimated £333 million ($450 million USD) were stolen from the Mt. Gox exchange in Tokyo by cyber crooks. Many of the coins were taken directly from the Mt. Gox hot wallet. Since Mt. Gox was used for 70% of global bitcoin transactions at the time, that theft represented a major loss.

Bitcoin is a popular target for thieves because of the high level of anonymity it provides. More recently it has been used in other criminal activities; including extortion schemes involving ransomware. Administrators at Hollywood Presbyterian Medical Center in Los Angeles paid extortionists 40 bitcoin worth $17,000 USD to remove ransomware from computers on 5 February 2016.

The main danger from bitcoin is as a disruptive force in the future because of the small amounts available. The total value of all bitcoins in circulation worldwide on 29 June, 2016 was estimated at £7.35 billion ($9.928 billion) by blockchain.info.

Despite that, bitcoin represents a technological revolution in money transfer; that all insurers will have to contend with sooner or later.