The US men and women basketball teams will stay on a docked cruise ship rather than brave the Spartan conditions of Rio’s athlete quarters.

US women football keeper Hope Solo has jokingly tweeted pictures of herself hooded in mosquito netting and holding a can of insect repellent. Northern Irish golfer Rory McIlroy cited Zika fears in refusing to compete.

Perhaps fittingly for these globally anxious times of Brexit, terrorism and Trump vs. Hillary, the Rio de Janeiro Olympics 2016 poses many risks for the athletes, fans, broadcasters and others who have travelled to the Brazilian metropolis on the sea.

Chief among the known perils is the mosquito-borne Zika virus, which can cause severe birth defects in the babies of infected pregnant women, and neurological troubles in adults.

Zika, first discovered in 1947, has broken out sporadically in Africa and South-East Asia over the ensuing decades, but mysteriously reached epidemic proportions in May 2015 in Brazil. Transmitted by mosquito bites and sexual intercourse, many infected people show no symptoms. Others can develop rash, joint paint, fever and conjunctivitis.

No one is more aware of all that can go wrong during the Rio games than the world’s insurers, but the industry says it still expects to provide coverage for Zika-related losses under certain circumstances. More than 2 billion USD in policies have been written to cover all types of risks in the games.

Of course, claims filed against communicable disease policies that were issued before Zika was a known peril in Brazil – namely about 14 months ago – would likely be paid, insurers have said.

But since the Brazilian outbreak, which sparked a travel warning by the US Centers for Disease Control (CDC), clients destined for Rio de Janeiro have faced significantly higher premiums for new communicable disease policies, or more recently, have been unable to buy policies at all.

Those who incur medical costs from the virus should find coverage in their existing health policies.

Another type of Zika-related loss not likely to be covered by policies are those suffered by broadcasters if television viewership – and with it, advert dollars – decline because high-profile athletes cite Zika fears in refusing to compete.

On the other hand, insurers could sustain losses if Zika becomes so disruptive during the Rio games that it causes events to be cancelled, rescheduled or significantly altered in some way – outcomes that are widely considered unlikely.

Obtaining payment for such claims will not be easy. Most insurers, consultants and brokers have said claims will only be paid if an established entity, such as the CDC or the World Health Organization, declares that an event should be moved or postponed because of Zika.

Rio-bound Olympic fans were able to purchase travel insurance that will reimburse them for costs of pre-paid travel, lodging, and non-refundable tickets to events that are cancelled because of Zika.

However, those who decide not to attend the games simply because they fear the threat of Zika will not qualify for such reimbursements under standard policies, according to SquareMouth.com, a leading travel insurance comparison website.

Rio Games visitors who are forced to cut their trips short because they contracted the virus and developed related health problems are eligible for cost reimbursements.

Travel insurance policyholders who make Zika fear-based cancellations can obtain reimbursement for up to 75 per cent of those costs if they had paid for a Cancel for Any Reason upgrade, which usually increases a policy’s cost by about 40 per cent.

Despite the availability of the travel policies for the Rio games, and widespread fears of Zika and civil unrest, relatively few Americans bought policies, according to St. Petersburg, Florida-based SquareMouth. More Americans took out travel insurance policies two years ago when Brazil hosted the World Cup football tournament.

That drop in travel policy volume could be due to fewer people planning to make the trip to Rio. Almost two-thirds of Americans said they had no interest in attending the games because of the virus, according to a survey by travel insurance provider Allianz Global Assistance.

Fortunately for the global insurance market, calls to cancel or postpone the Rio Summer Games because of the Zika risks – calls that heightened in pitch and frequency in the weeks leading up to the games 5th  August start, ultimately went unheeded by the International Olympic Committee (IOC). 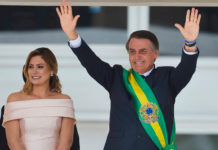