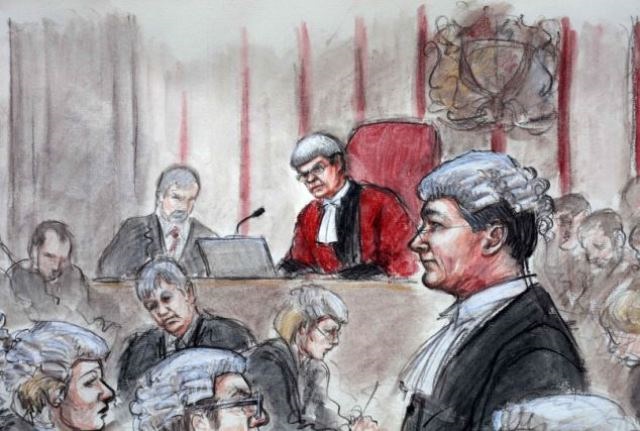 The Court of Appeal has released its verdict on the ‘B Atlantic’ case, ruling that vessels involved in drug smuggling are not covered by standard war risk policies.

On 13 August 2007, three bags of cocaine weighting 132kg were found strapped to the B Atlantic vessel’s hull, which was set to transport cargo of coal in Lake Maracaibo, Venezuela to Italy.

The vessel’s Master and Second Officer were indicted of involvement in drug smuggling and convicted and sentenced to nine-year imprisonment.

The vessel, which was abandoned to the court in September 2009, remained in detention until August 2010 before it was finally confiscated.

The owner of the vessel filed for a claim for its loss to their war risk insurers, but the latter declined coverage alluding to standard war risk exclusion for detentions due to breach of customs regulations. As seen in previous cases, customs regulations exclusion holds true for drug smuggling cases.

The owner initially argued that the exclusion was not applicable as (a) the detention and confiscation of the vessel had to do with political interference in the judicial process in Venezuela, and (b) on an accurate construction of the policy, the loss was due to malicious acts of third parties, which was an insured risk.

Justice Flaux denied the allegations of political interference but decided that the loss was covered by the standard war risk policy. He ruled that “upon the correct construction of the policy and reading the malicious acts cover and the exclusions together, “infringement of customs regulations” in the exclusion does not include an “infringement” which is itself no more than the manifestation of the relevant act of third parties acting maliciously and the exclusion is subject to that limitation”.

The insurers appealed against his findings on construction to the Court of Appeal, which ultimately reversed Flaux’s decision.

Clark LJ held that the loss of the vessel was due to a combination of (a) the malicious act—the initial concealment of drugs; and (b) the subsequent detention—which was due to the malicious act and constituted the customs infringement. The principles established by ‘Cory v Burr’ and ‘Wayne Tank’ applies: the insurers are not liable in the event of two proximate causes, one covered and the other within the exclusion.

Meanwhile, those who would like cover for detentions caused by smuggling are being advised to discuss with their insurance brokers and buy additional insurance.