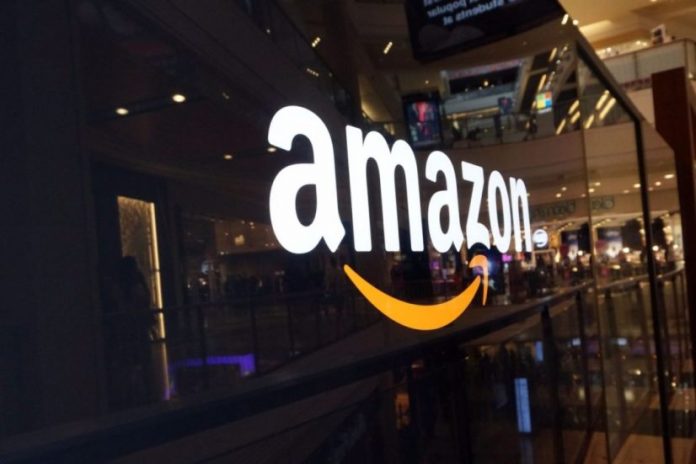 Amazon appears to be on the cusp of its long-anticipated entrance into the insurance industry – and markets appear nervous.

Shares in insurance companies wobbled in June following a report that the online retailer was considering adding home insurance. The insurance offering would be in combination of its connected home devices.

However, although this is a clear indication of where and how Amazon might enter the market, the company remains silent about its future plans leaving competitors to guess where its full effects might be felt.

Amazon has expanded well beyond its early iteration as an online alternative to brick-and-mortar book and music stores.  Through Amazon.com and a range of other brands, the online retailer now accounts for 44% of online sales and 4% of all retail sales in the US.

The common element is that each brand or offering, even cloud computing AWS (Amazon Web Services) and streaming media, sticks to Amazon’s main intent.

“We strive to offer our customers the lowest prices possible through low everyday product pricing and shipping offers, and to improve our operating efficiencies so that we can continue to lower prices for our customers. We also provide easy-to-use functionality, fast and reliable fulfilment, and timely customer service.”

The question is, will financial and insurance products be the next set of items you can add to your cart?

As Amazon has grown, the potential for the company to expand even farther into areas such as finance and insurance has been an increasing concern.  Alex Rampell, general partner at Andreessen Horowitz, described Amazon as the “most formidable” of the tech companies who might enter the sector.

“If Amazon can get you lower-debt payments or give you a bank account, you’ll buy more stuff on Amazon.”

So far, Amazon’s financial offerings differ little from other retailers, many of which offer store-branded credit cards, layaway plans or other forms of consumer credit.

Due to its role as a reseller or storefront for smaller brands, Amazon also has a small loans program, backed by Bank of America, which makes loans to small businesses who sell through the Amazon site.

These are relatively modest steps but Amazon may be quietly establishing a beachhead into the financial industry which could have extensive repercussions.

While Amazon quietly expands its financial offerings, insurance seems to be where the retailer is preparing for a much more active role.  Several key developments over the last 18-24 months indicate that this effort is well underway.

First, the company introduced Amazon Protect, point of sale product insurance offered to consumers at check out.  Amazon Protect launched in the UK and rolled out in selected European markets in 2016.

Similar to its financial offerings, point of sale product insurance is a relatively standard retail practice, particularly where technology or white goods are concerned.  Nevertheless, this was the company’s first foray into insurance and, for a firm adept at gathering and analysing consumer data, will no doubt have provided valuable insights into consumer behaviour.

The company’s second step towards becoming an insurance provider was Amazon’s partnership with US home construction firm Lennar.  Under this arrangement, smart home devices provided by Amazon were placed into the developer’s model homes. Linked to Amazon’s Alexa AI system, these smart devices could control thermostats and lighting but also doorbells and alarm systems.

This addition of safety and security devices raised concerns that Amazon was going to use these as a springboard into home insurance.

Third, the company announced a partnership with JP Morgan and Berkshire Hathaway to tackle issues concerning the provision of healthcare in the US.

“JPMorgan Chase, along with our partners Amazon and Berkshire Hathaway, recently formed a joint venture that we hope will help improve the satisfaction of our healthcare services for our employees (that could be in terms of costs and outcomes) and possibly help inform public policy for the country. The effort will start very small, but there is much to do, and we are optimistic.”

Ostensibly a move to improve delivery of healthcare to the three companies’ combined workforce of over 1 million staff, this partnership set off a wave of speculation that the initiative might become something much bigger.

Buffett, Bezos and Dimon have stressed that they are focussed on their own staff and even a million people is a tiny fraction of the hundreds of millions in the US who require health coverage. Nevertheless, this partnership added fuel to the fire of speculation surrounding Amazon’s ambitions.

Finally, the clearest sign of its intentions are the reports that Amazon is investing in InsurTech and aggressively hiring from that sector. Amazon invested $15.7 million in Indian InsurTech firm Acko in early 2018 as part of an agreement which positioned Amazon be the distributor for Acko’s insurance products in India.

Aggressive recruitment campaigns targeting InsurTech staff from firms like Lemonade are another indicator that the company is looking at ways to apply its existing technological and data advantage to the insurance sector.

Many advantages but significant challenges remain

With these signs that Amazon is firmly set on entry into the insurance sector, it is worth considering the pros and cons for the firm as it makes this move.

Firstly, the company enjoys high levels of customer satisfaction and trust.  While this is a core value of the firm, achieving consistently high ratings is difficult.  As Jeff Bezos himself puts it, the company faces “divinely discontent” customers.

“Their expectations are never static – they go up…People have a voracious appetite for a better way, and yesterday’s ‘wow’ quickly becomes today’s ‘ordinary’.”

However, unlike dissatisfaction with a faulty toaster, a poor experience buying an insurance policy, and more importantly problems making a claim, will have much wider repercussions. Maintaining such high levels of satisfaction with something as complex as insurance will be challenging.

Secondly, Amazon collects “a mountain of data…to build up a “360-degree view” of you as an individual customer”, data which should help actuarial calculations and consumer targeting.  Triggering an offer to add a child to your life insurance policy when you order onesies for a new-born is in many ways no different to suggesting that you also buy diapers and formula.

This ability to seamlessly add insurance products to other transactions is the third and possibly greatest of Amazon’s advantages.

A key differentiator for Amazon compared to other firms is that consumers already have financial relationship with Amazon.  Contrast this to Google or Facebook. Both firms hold immense amounts of consumer data, probably more than Amazon, and despite people’s grumbling about privacy, these services remain popular with users.  However, it is businesses which have transactional relationships with Google and Facebook whereas everyone with an Amazon account will have at least considered making a purchase on the site.

So, while social media firms may hold more data and be more visible to consumers, it is Amazon’s transactional relationship that gives it a clear advantage when it comes to making sales.

Finally, Amazon is a technology company and one willing to tackle complex technical challenges such as web-services and streaming entertainment.  While the practical challenges of providing insurance will be significant, the company has already solved many of the technical issues associated with serving an enormous customer base online.  Adding InsurTech expertise to this foundation gives the firm a real competitive advantage.

This is not to say that everything will be plain sailing for the firm, despite these strengths.

Insurance is a very different product from DVDs, books and electronics so customers may still experience some dissonance if auto insurance pops up as a recommended buy.  Moreover, insurance by its very nature adds exposure to the company increasing both financial and reputational risks. Finally, Amazon will have to tackle the issue of approvals and licensing from the countries and states where it wants to offer insurance.

At times, Amazon has had a contentious relationship with several states and its hometown of Seattle.  However, unlike skirmishes over corporate taxes, Amazon will have less heft with local authorities if it seeks approval as an insurer.  Anyone slighted previously, or those worried about local ‘mom-and-pop’ insurers, may be less inclined to approve Amazon’s application.

Even with these headwinds, Amazon’s sheer size, customer loyalty and technical know-how will make it a daunting player in the financial and insurance sectors.  Its entry to both markets has been careful and discreet but the repercussions are likely to be significant and, in the case of insurance, may be felt sooner rather than later.