The United Kingdom and Switzerland have agreed on a deal that will allow the insurance sectors of both countries to trade freely with each other post Brexit.

The deal was struck between Phillip Hammond, the British Chancellor of the Exchequer, and Ueli Maurer, the President of the Swiss Confederation and the Head of the Federal Department of Finance, at the World Economic Forum in Davos, Switzerland.

It will come into force once Britain completes its exit from the European Union (EU).

The new deal is similar to the existing insurance agreement that the EU has in place with Switzerland. It replicates the deal struck between the UK and the US last December, which was on the lines of the “covered agreement” on insurance that the US and the EU have between them.

Swiss investment in Britain’s financial services sector exceeded £11 billion back in 2016, making it the second-largest investor in the UK’s financial sector after the US. That’s why Chancellor Hammond believes that the deal is critical to the health of the British insurance industry.

“The UK insurance industry contributes approximately £35bn to our economy and employs over 324,000 people,” Hammond said after the agreement was announced.

He went on to add, “Links to financial industries like the Swiss insurance market are important for global financial systems and it’s vital that trade continues between our two countries so firms have the certainty they need to continue to do business and invest in the UK’s bright future.”

The news has been welcomed by insurance companies, with Patrick Connolly, chartered financial planner at Chase de Vere, telling Financial Times: “This is positive news. While Switzerland is a relatively small country it is a hugely important centre for finance and insurance sectors, which make up a significant part of the UK economy.

However, this is only one step forwards and more challenging negotiations are ahead, as the UK tries to prepare for life outside of the European Union.”

The British Insurance Brokers’ Association is lobbying for a Brexit transition period so that insurers don’t take a hit in case of no deal, which would lead to a hard landing for brokers. The UK’s Treasury committee has also constituted an inquiry into the fate of the country’s financial services sector in the post Brexit era.

The committee has been tasked with prioritizing which financial services verticals should be given preference during negotiations with the EU and other countries. It will also examine how a new trade scenario will affect the entire financial services sector as a whole. 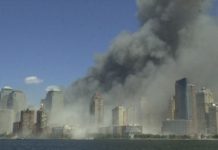