American insurers are afraid Democrats will impose government run single-payer health insurance. In fact, single-payer is the basis of a potential conflict between the insurance industry and Congressional Democrats.

Notably, US Speaker of the House Nancy Pelosi sent a top aide, Wendell Primus, to brief insurance executives on the issue.  Primus told executives Democratic leaders have no immediate plans for single-payer in a private meeting, The Intercept claims.

Primus told insurers that House Democrats will concentrate on strengthening Obamacare and lowering drug prices rather than single payer. For instance, Pelosi wants legislation that will make it easier to manufacture cheaper generic drugs in America, Primus said.

Democrats cannot enact single payer because Republicans control the upper house of Congress, the Senate, and the White House, Primus said. Senate Republicans strongly oppose single-payer, but President Donald Trump has voiced support for the idea in the past.

As Speaker of the US House of Representatives, Pelosi is the most powerful Democrat in Washington. However, Pelosi cannot enact laws without making deals with Trump and Senate Republicans. Enacting single-payer, or Medicare for All, will require a vote of the Senate and the House and a presidential signature.

The United States is the only large democracy without a single-payer national health insurance system that covers most citizens. However, many Democratic candidates promised “Medicare for All” to voters in the 2018 mid-term elections.

Insurers are afraid of Medicare for All

Medicare for All refers to plans to expand Medicare, America’s federal health insurance system for seniors, to all citizens. Under Medicare, the US federal government operate acts as an insurance company, collecting premiums and paying claims.

In fact, Medicare is America’s largest health insurer covering 59.1 million people in July 2018. In addition, Medicaid a health-insurance program for the poor administered by the 50 state governments covers another 75.1 million Americans.

American health insurance companies like Blue Cross and Blue Shield are afraid they cannot compete with Medicare for All. Notably, Medicare offers far lower premiums because payroll taxes finance it.

Almost all Americans over 65 (the qualifying age for Medicare) participate in Medicare. Thus, health insurance executives fear their business will disappear under Medicare for All.

Correspondingly, some politicians, including US Senator Bernie Sanders, are proposing Medicare for All schemes that will ban private health insurance. The rationale for banning private insurance is that Medicare will work better if the rich take part.

Beyond Medicare for All, insurers are afraid that Congress will cut funding for government-funded but privately administrated Medicaid programs. Specifically, some Republicans have been trying to destroy Medicaid for decades. Blue Cross Blue Shield alone offers seven million Medicaid policies.

Another fear is that Congress will not address high drug prices in America. High drug prices threaten insurers because most US health insurance policies cover almost all drug costs.

Finally, insurers fear that Medicare for All will eliminate their most lucrative business, employee health coverage. Most American workers receive private health insurance financed by their employers through their jobs.

Almost all of that insurance comes from private health insurance companies like United Healthcare. Employers deduct the premiums from the workers’ pay to fund the system.

The obvious fear is most employers will stop offering health insurance if the government provides coverage for free. These fears are well-founded because almost no employers in countries like the United Kingdom provide health insurance.

However, health-insurance costs are rising in the United States and leading to labour unrest. High health insurance premiums were one of the main causes of a contentious teachers’ strike in the state of West Virginia in 2018.

On the other hand, 84% of Americans with employer-provided health insurance claim to be happy with it, Vox reports. Thus, Democrats like Pelosi fear a backlash from mostly middle-class Americans who are happy with the current system.

Single-payer is the greatest risk

In the final analysis, Congressional action on Single-Payer health insurance will probably have to wait until 2021 or later. However, the debate could shift dramatically, if President Trump decides he needs Medicare for All to win the 2020 presidential election.

Only 40% of Americans approve of President Trump, FiveThirtyEight calculates. Hence Trump could have to do something dramatic like support Medicare for All if he wants a second term.

Therefore, Medicare for All is not likely in America soon, but the issue will not go away. Thus single-payer is the greatest risk to American health insurance companies. 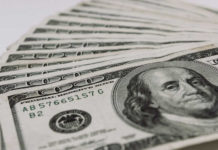