GoCompare, one of the UK’s top price comparison aggregators, has partnered up with fraud prevention expert Featurespace to improve the detection and prevention of fraudulent activities on its website.

Online fraud has become a major issue for many industries, and is now the most commonly experienced crime in England and Wales. According the ONS (Office National Statistics), it accounts for 42% of all estimated offences, approximately one in six offences are incidents of online fraud.

Over the years, GoCompare has built one of the most popular online insurance comparison and switching platform in the UK. Its success has also brought problems such as fraud, which it had to address with mixed results.

Fraudsters, being smart people, use clever but unscrupulous tricks to manipulate online comparison platforms (aggregators). They tend to use quote manipulation, application fraud, ghost broking, and many other practices. All of these have had negative effects on the platforms, especially in terms of trust.

Fleur Lewis, GoCompare’s Head of Fraud said: “We recognise that comparison websites act as the gatekeepers of data for many insurers and that we have an important role to play in the prevention of front-end fraud.”

“We recognise that comparison websites act as the gatekeepers of data for many insurers and that we have an important role to play in the prevention of front-end fraud.”

Lewis sentiment is shared by the Insurance Fraud Taskforce recent 2017 report, which also recommends the aggregators to interact with existing fraud databases, such as the Claims and Underwriting Exchange (CUE), and data sharing schemes on a consistent basis. This could help improve the industry’s ability to detect fraud at the point of quote.

Claims history, points on a driving licence, and or car modifications are some of the material facts would-be customers deliberately fail to disclose in order to lower their insurance premium.

One of key features of Featurespace’s ARIC Fraud Hub is that the system monitors the real-time behaviour of each applicant, and therefore can detect and alert any anomalies spotted.

According to their website, Featurespace’s ARIC Fraud Hub platform uses Bayesian statistics algorithms to build the individual customers profiles. Bayesian statistics refer to the branch of statistics that relies on the Bayesian inference model. The model is one of the key building blocks of machine learning (ML) and artificial intelligence (AI) technologies in recent times.

In practice, GoCompare will now be able to compile a model of every potential customer’s likely behaviours based on their online transactions. If a customer interacts with the website in a way that doesn’t match their profile, the Featurespace software will alert the GoCompare’s fraud prevention team

One fraud every minute

These new capabilities will not only help GoCompare ensure a frictionless customer experience but also provide its insurance partners with genuine customers – thereby reducing their operational costs and losses.

Last August, the ABI (Association of British Insurers) revealed the true extent of insurance fraud in the UK, where one insurance fraud is detected every minute. In total, detected and undetected fraud costs an estimated £3 billion each year.

The effects of fraud are premium increases for genuine customers, GoCompare with the new Featurespace partnership aims to reduce that burden. 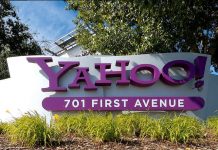